RAIGAD [Maha Medisa]: Security was tightened in the Raigad region of Maharashtra after the recovery of a mysterious boat loaded with weapons near the Harihareshwar beach on Thursday.

According to local police officials, no person was present in the boat but some arms, including an AK-47, and ammunition were found. Following the development, a team of the Maharashtra Anti-Terrorist Squad (ATS) was rushed to the spot, they said.

"The Coast guard and Maharashtra Maritime Board have been informed and investigations are underway," police officials added.

Maharashtra Deputy Chief Minister Devendra Fadnavis on Thursday said that there is "no confirmation of any terror angle" into the incident, while also stating that the government is not ruling out anything and investigation is underway to probe all aspects.

"There is no confirmation of any terror angle. The boat has just drifted here. We are not ruling out anything, investigating all aspects. Police have been asked to be on high alert," said Fadnavis. "Some details cannot be revealed as it may spread an atmosphere of fear," he added. The Deputy Chief Minister informed that three AK-47 rifles were found on the boat which came towards the Kokan coast "due to high tide".

The Central agencies have been informed about the developments. "No possibilities of any consequences would be taken lightly," said Fadnavis.

Citing the upcoming festive season, the Deputy CM said that instructions have been given to the police and administration to be prepared.

"The boat belongs to an Australian citizen. The boat's engine broke out in the sea, people were rescued by a Korean boat. It has now reached Harihareshwar beach. Keeping in mind the coming festive season, police and administration have been instructed to be prepared," he said. Maharashtra Anti-Terrorist Squad (ATS) has been put on the job and additional force will be deployed "if necessary".

"ATS is also working on it. The additional force will also be deployed if necessary. All the precautions needed to be taken as per the norms of abundant caution," he said. ED raids places linked to Mukhtar Ansari in Delhi, UP

Over 35,000 cases of monkeypox detected globally, says WHO

Krishna Janmashtami being celebrated across India

On this day, the temples are decorated and few families not only celebrate along with their family members but they tend to invite guests and celebrate the festival in a grand manner.

This year, Janmashtami will be celebrated on the 18th August. As per the Hindu tales, Krishna was born inside a prison in the Yadava clan of Mathura. Krishna's parents were queen Devaki and king Vasudeva. In his childhood, Shri Krishna has been portrayed as a prankster in our mythology. He was also said to be quite popular among the ladies.

Gokulashtami is generally celebrated in the Krishna paksha of the Bhadra month of the Hindu calendar. It is said that Krishna was born at midnight in the Rohini Nakshatra of this month.

Have a look at all the details of Puja, Shubh Muhrat, and other things:

Janmashtami puja celebration vidhi
An idol of Krishna is placed in a cradle and worshipped on this day. Prasad of butter and sugar is offered to the Lord. Devotees keep a day-long fast and break it only after the puja with the prasad. This breaking of fast is called paran. Bhajan, kirtan, and aarti are also performed to celebrate Krishna's birth. Kids also perform on the songs of Lord Krishna and women dance to Radha's songs too.

Dahi-handi and significance
In many parts of Maharashtra and UP, a ritual of Dahi - Handi is also practiced. People in various parts of the country make a human pyramid to break the bowl of curd or butter. The day is marked as the win of good and truth over evil.

Dahi Handi festival is counted to be part of the child leelas of the Lord Krishna. This festival is celebrated on a large scale in varied cities as well as villages across India with both great pomp and show. There is common belief, Lord Krishna used to enjoy eating curd, milk and makhan. For doing so, he broke the handi of the neighbours" house during his childhood.

As Per the Hindu Scriptures, the Lord Krishna was very naughty during his childhood. Along with his sakha troupe (friends), he used to sneak into the neighbours, houses and steal makhan milk and curd to eat. All the women in the neighbourhood villages were troubled because of Kanha ji's mischief. In order to save their makhan and milk from kanha. The women began to hang the handi at a certain height. However, kanha ji managed to reach handi by making a pyramid with his friends. 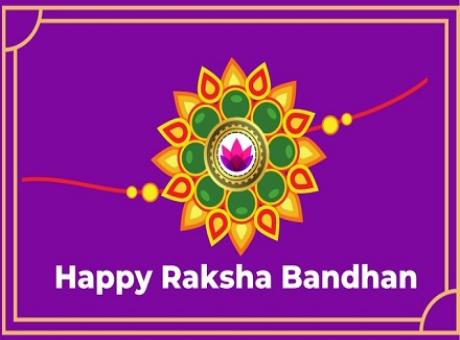 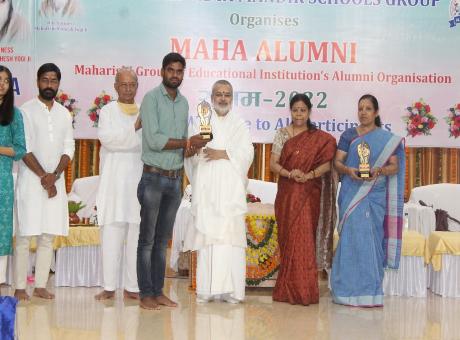 The remission executed to 11 convictssentenced to life imprisonment  of the heinous crime of  raping in group to their neighbor during her pregnancy are freed by the state of Gujrat for which Ovasi is criticizing the state and the center.

Moreover, this decision is initiated without consulting the center as reported which makes this questionable as seeking permission of center is constitutionally imperative and must be adhered to.

Since the state is going for a poll so considering the ensuing elections, the opposition's obvious contention is to earn from this for political interest is promulgated.

Remission is provided after continuation of the imprisonment for definite period of the time and often is considered observing the good conduct and assurance of good intent of the convict so this is a routine process yet under the circumstances the decision is under criticism and the opposition leader Hyderabad based Ovasi ,the president of AIMIM  makes this an issue of prejudiced act of the incumbent and deliberate act of ignoring the rights of a specific community.

He has stated of considering in the similar lines the release of those terrorists who face the life imprisonment of their charges of sedition.

Although the demand of Ovasi cannot be considered in any way in line with the provisions, the decision of the state is a bit weird taking into the consideration of the probable consequences and fear of setting a precedent. The contemporary life has perhaps become used to now with the constant cases being filed seeking justice for the alleged act of disturbing the feeling of an individual or communities.

Mostly, the disturbances are reported by the errant groups looking for such opportunities to crop up for them to take it up for vigorous propaganda.

The real intention quite often could be there and at times the obvious chances are that the attempts in the context are most probably instigated and done with the malicious intent to put certain individual/s under the pressure or forcibly presenting someone under serious threats for his life too.

In a specific case in the respect of a film Jai Bhim the Madras High court perhaps is correct in considering that the magistrate’s instructions to the Police for lodging an FIR against the Actor and the director had to be checked for the magistrate appears to have acted on the presumptions of the alleged act of inciting the religious feelings of a community and the probability of expecting some disturbances followed by the film’s release.

Thus, the court instructed police to frame charges under section 295 A that mentions and is intended for the alleged and deliberate attempts of outraging the religious feelings of a specific community.

There appears to be serious thought and discussions meticulously now initiated on such acts where certain groups against an individual’s public performances become instrumental of deliberate act of arresting their endeavors of expressions and thus on the basis of the imagined insults and on pretexts of the disturbing sentiments and the feelings of certain communities or individual the entire expressions is made controversial even before the true need of taking up cognizance of the such public expressions by means of an article, book, film, etc. HM Amit Shah has very rightly pointed out that the higher education must be allowed with the local or regional languages be it engineering, Medical, Law etc.

The idea is to ensure the New Education policy’s major content to take up for the implementation moreover the usual contention amongst all the parties and public in general is that the studies in the mother language even in the higher educations is easily grasped by the majority of the students especially those who have studied in the mother language right from their primary classes.

This is also to see that the GOI is determined in implementation of the same as the Education minister of center Dharmendra Pradhan as well advocated the same and approved subsequently engineering colleges with six Indian languages for the studies and is well permitted from the AICTE.

The only issue that crops up in the aspect is to realize the pragmatic aspect of this change in the medium of the instructions.

Ideally the medium change as well must bring them the opportunities of the occupation that the students can be at ease in performing.

The student’s those who have had their basic education either in Hindi or in their respective mother language often are compromised with their competitive performances for the job,out of their states thus they often do not get through the competitive exams,nevertheless their talents and thorough understanding of the subject because the medium then of the question paper is not commensurate with their convenience.

The basic objective thus gets over for the middle class students who largely depend on their job opportunities.

Moreover, notwithstanding the facilities of the studies in the mother language the conduct of their specific talent must be allowed thus to be executed in the language the student studied .

For example the local courts allow the mother languages argument yet the high court and the Supreme court continues still with the preferred English becoming a limiting factor for many.

The need therefore always remains to see to it that highhandedness should not prohibit an individual’s progress with the strict rules in view of the medium of instructions and the student must be allowed to choose his choice and comfort language to study.